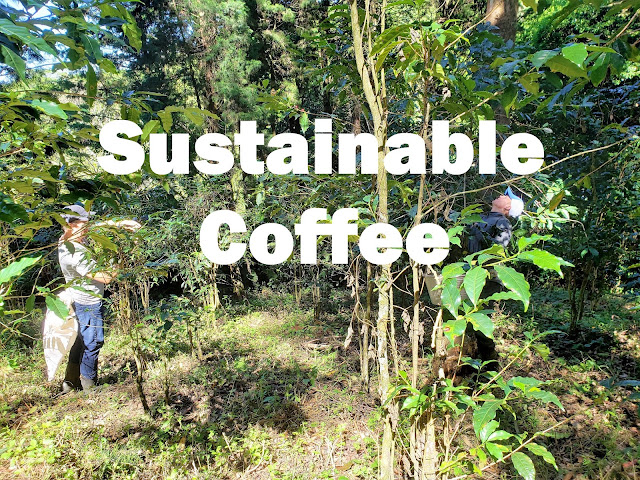 Most people love coffee and it has become part of our everyday routine.  Whether you drink it in the early morning, breakfast, lunch, or afternoon (or all of the above – maybe I drink too much!?), it is an essential part of our day.

Two months ago, we had the opportunity to pick coffee for ourselves.  A friend of ours has a farm that he let the forest take over and the coffee plants grow wild.  You won’t find this growing technique in any manual and it’s far from the best way of mass production, but doesn’t do it for that.  Each year he picks enough of this jungle grown organic coffee to cover his coffee consumption that year and leaves the rest for us. 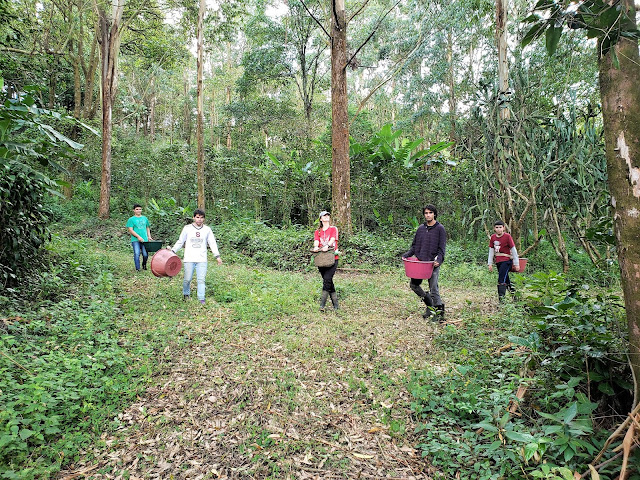 So, swinging our baskets around our waists, we trudged up the mountain and into the forest to harvest as much coffee as we could.  Coffee plants only produce cherries on new growth, and these plants having been let go, meant that the new growth was high in the air.  Each plant had to be pulled down with one hand as we picked the cherries off with the other. 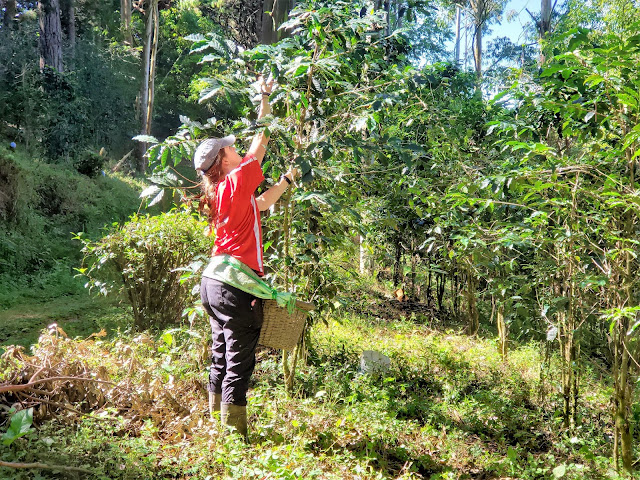 After two days of picking, we had hauled in about 200 lbs of coffee cherries.  Not bad for most of the group having no experience in picking coffee.  All of these coffee cherries then had to be processed.  To do this we took all of the cherries to a mill, where the beans were extracted from the fruit.  At this point the fruit and skin is usually discarded, but I had another purpose for them.  We had decided that we would take the most sustainable action we could with these coffee cherries and use every part of them for some sort of production. 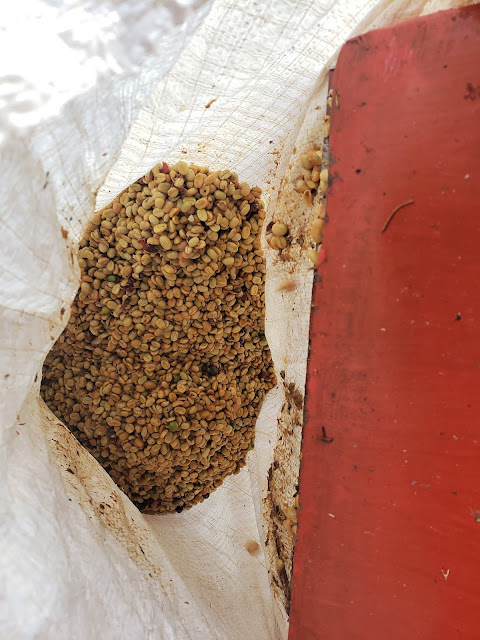 The beans were the easiest; you make coffee with those.  Ours were laid out in our dry room to dry out.  The plan was that these would then be roasted and ground for coffee. 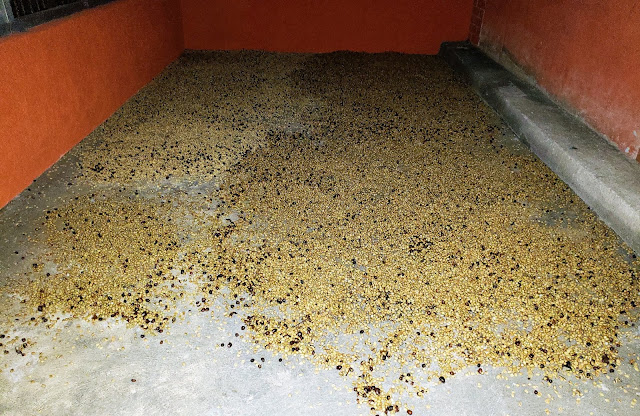 The skins, meant for tea.  We had heard of others doing this before, so it was not really an out of the box idea.  Our cherry skins, like the beans, were laid out to dry.  After a few days, we had a feed sack full of dry coffee cherry skins to steep in hot water for tea. 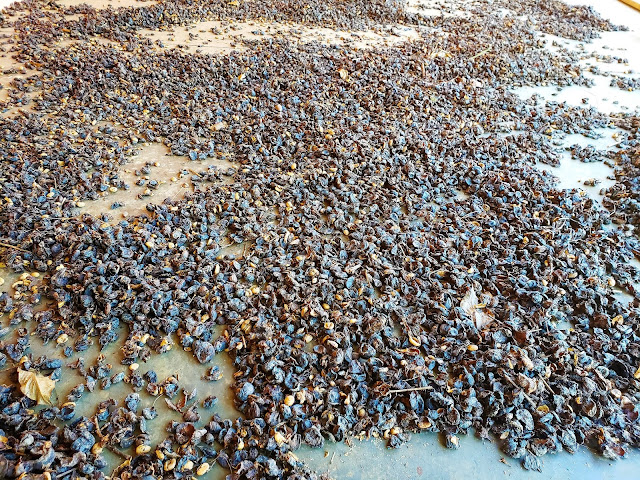 The most ambitious of our endeavors was making wine from the fruit.  I had the experience; I’ve brewed many different types of beer in the States and different variations of mead (honey wine) in Madagascar, but this, as far as I could find out, had not been done.  So, I created two batches, one by washing the fruit from the beans and one from washing the fruit from the skins.  The fermentation process started quickly, but, due to bad timing and equipment, the wine didn’t turn out.  Maybe next year! 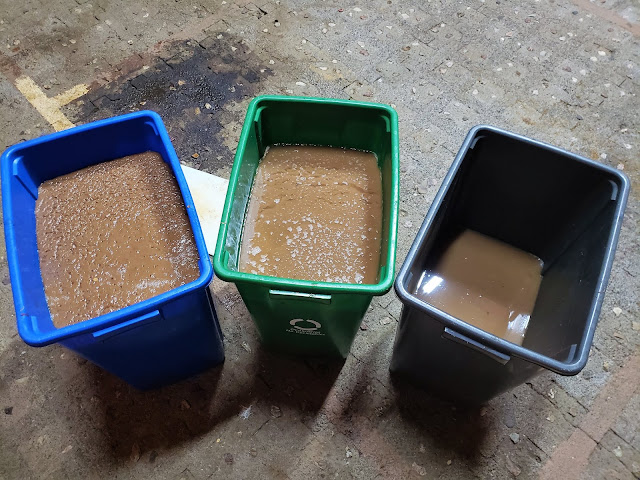 Most of us drink coffee every day, but most of us have no idea where that coffee comes from.  We have no idea how it is picked, how it is processed, or the many ways in which the fruit as a whole can be used.  Every piece has a purpose; we just sometimes need to think outside the box.

An Evaluation of Ways to Help: Project-Based Ministry vs. Discipleship 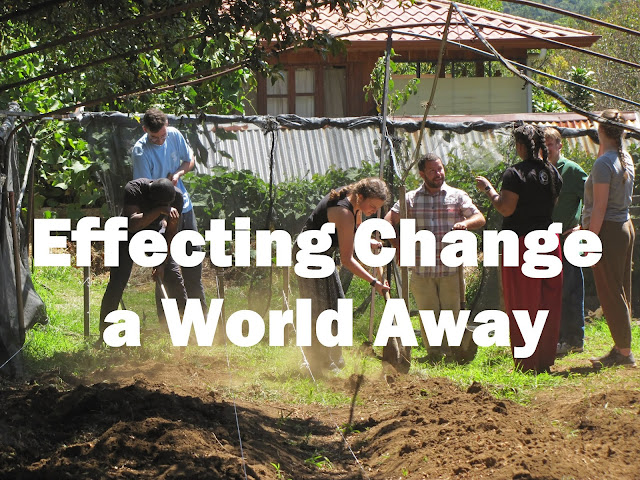 Effecting Change a World Away